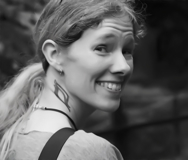 Calandra Usher, or Cali as she prefers to be called is the author of the Urban Paranormal Fantasy Romance Series, The Gospels of Cal’eia. She never intended to be a writer but was persuaded (cajoled, guilted, bullied, and bribed) into doing so by her very unique family. Once it began, the words poured out of her fingers like sand through an hourglass and she had a hard time keeping up. The original drafts were written over a five month time period (Yes, all four books, half a million words… in five months. Not a lot of sleeping occurred.)

Prompted by her family and a few old friends, she self published it through CreateSpace and let it loose into the wild in September of 2014.

A long time lover of stories in general, she’s been influenced by a plethora of Authors, Actors, Artists, and all the wonderful people she’s met in her vast travels. You may recognize hints of Sir Terry Pratchett, Stephan King, Joss Whedon, Dr. Who, Star Trek… and many others we Geeks hold dear to our hearts.

The Gospels are her first writing endeavor, but wont be her last. More stories are forthcoming, both about The Riders and other subjects. An artist all her life, she loves drawing, painting, and carving wood. Lately however, sculpting words has become her passion. 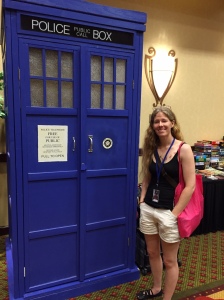